By accepting you will be accessing a service provided by a third-party external to https://allgoodlawyers.org/

Tips on Protecting Yourself during Divorce 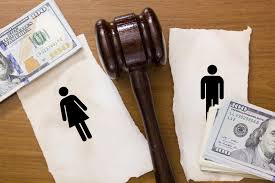 Just furnishing a place with bare necessities in one go puts a lot of financial strain on a person, let alone having to deal with other expenses, including an advance payment of the rent. It comes as no surprise that many people live like poor college students after their divorce and they find themselves worse off than at any other point of their life, both mentally and financially. Still, there are some things that can help you alleviate the new problems.

Before the divorce is finalised, you need to collect information about account numbers and passwords to anything you both have, either individually or jointly. It very often happens that such things disappear quickly or you no longer have access to them. You should also make copies of all important documents and take photos of the contents of your home. Your lawyer will appreciate that and be able to give you better service.

Although you might be tempted to hire a friend to represent you, usually it's not the best idea, unless they are an expert in matrimonial law. The savings you make on the lawyer's fee can be insignificant in comparison to what you might lose because of their inexperience or lack of knowledge. Instead, find reputable experts, such as these divorce lawyers from Parramatta, who know how to negotiate a legally binding divorce agreement that you'll be satisfied with, since you'll have to live by its rules for the rest of your life.

Unfortunately, divorces have a very strong negative effect on children. That's why it's important to refrain from involving kids more than necessary. They will have their own fears, anxieties and traumas to deal with and the last thing they need is listening to one parent speaking poorly of their former spouse. No matter how bitter you may feel, remember that you'll remain your kids' parent for the rest of your life and focus on helping them go through this whole ordeal as unscathed as possible.

The sooner you reach an agreement, the better for everyone involved. The fact is that assets have to be divided and the more time you spend negotiating, the more billable hours your lawyers will have. You have to be prepared and know what you don't really care about and what the absolute deal breaker for you is. You will undoubtedly end up a bit disappointed, but don't get caught up in revenge. Very often, you'll have to pay more in legal fees than you'll get in the assets you're fighting for, so be sensible about it.

People who have already been through a divorce are usually happy to help those who are about to experience the same and you should carefully listen to what they have to say. Although no two situations are the same, you might learn something relevant to you and they will probably offer their moral support to you, because they know exactly how you feel.

You can ask them what they would have done differently and if they regret doing anything. Their experience can prove invaluable to you and you have to remember that once you sign on the dotted line, there's no coming back and you'll have to live by the rules of the agreement.

Although the emotional pain of getting divorced may last very long, it's the financial aspect that often adds so much extra burden that people never actually recover. If you don't want that to happen to you, try to stay calm and composed and don't let your emotions get the best of you.

More posts from author
Tuesday, 13 February 2018 Tips on Protecting Yourself during Divorce
Monday, 15 January 2018 Starting a Business in Australia – the Specific Aspects and the Recent Changes

What is Family Law, which areas of Law does it represent and how Solicitors Oldham can help you?

Advantages Of Being The First To Meet With A Divorce Lawyer

How to Protect My Finances in Divorce

Really nice post !, keep the good work running it helps us a lot